I made this prototype for PreviewLabs. The application shows a video playback on a 3D skin that doctors can manipulate (for example, they can drag the skin around with the forceps tool or make cuts with the scissors tool). The long term vision is that they would use this application to show a live operation on the 3D skin and discuss the next steps of the operation by performing them first on the 3D skin.

This project was a huge challenge for me as it involved quite a bit of mesh manipulation and physics. PreviewLabs helped me to come up with the necessary formulae; the rest was up to me. I wrote this prototype from scratch in about 1.5 months with some help on the shaders from Kenny Deriemaeker.

During this project I learned a great deal about mesh manipulation and a lot of my old math knowledge was refreshed, but most of all, I had great fun practicing my surgical skills. :-) 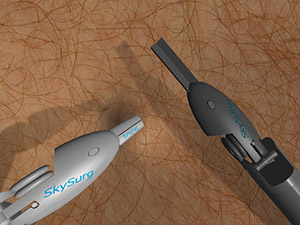 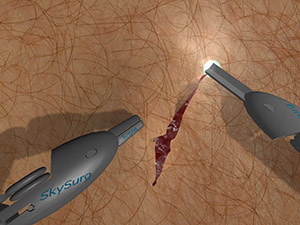 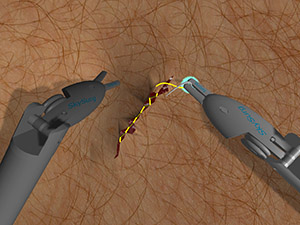 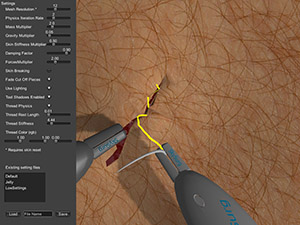 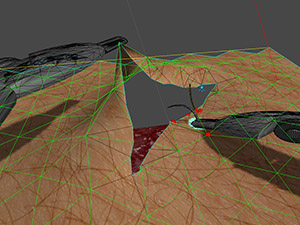