I made this prototype while working at PreviewLabs. The game is a mixture of a card game (cfr. Hearthstone) and a board game and was targeted for the iPad 3. Each player creates an avatar (called an Incarnate) at the start of the game by choosing certain race/link cards and the goal is to reduce the health of your opponent's Incarnate to zero. Your avatar determines which cards you can have in your deck (having more elements from the same race allows you to use higher tier cards from that race) and also influences the music that's played turing your turn (the music is a blend of different tracks based on how you compose your Incarnate).

Every player can perform a number of actions every turn. Your Incarnate can move once per turn, attack once per turn and you can play cards until you're out of energy. Of course there's many cards that change this default behaviour. Some cards let you perform a second move, increase the range of attacks, make attacks splash-based, reduce costs, change stats or make you immune to damage for a turn.

I had a lot of fun working on this project as I've always been a big fan of card and board games. I programmed this application together with my colleague Jannes Plyson. He programmed the card deck, the card stacks and animations between them and some of the card abilities, while I took care of the battlefield, the Incarnates, the creation screen, the music, the move and attack functionality and most of the card abilities.

This is the kind of project I would love to work on full-time. 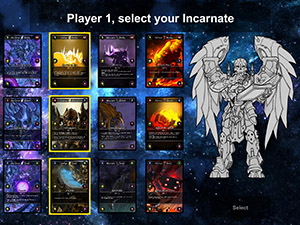 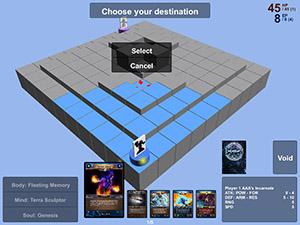 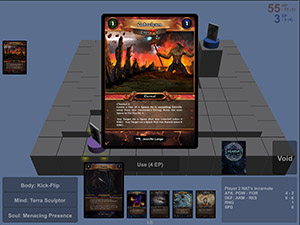 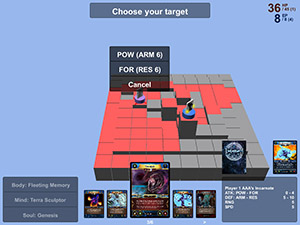 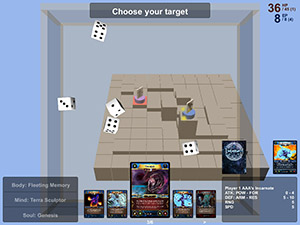