My first real Java project. I programmed both peg solitaire and checkers in a GameBoy-like interface.

Pegs (red circular discs in this implementation) are allowed to jump over adjacent (vertically or horizontally) pegs. The peg that has been jumped over is removed. The goal of this game is to clear the entire board except for the middle peg.

Checkers is a board game played between two players. Pieces can move diagonally and jump over enemy pieces, which are then removed from the board. The player who cannot move, because he has no pieces, or because all of his pieces are blocked, loses the game. For detailed rules and techniques, please search Google.

In this implementation I used a slightly larger board than the traditional game so the board dimensions would differ from the solitaire board (I wanted my code to work with any given board dimensions). 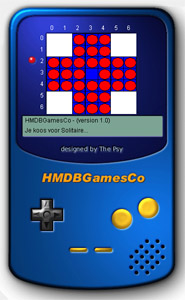 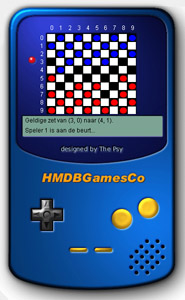