In the late summer of 2014, Ordina organized its first ever Hackathon. My team decided they wanted to make a simple game in the 24 hours that we had available. This was easier said than done, given that I was the only person on our team with experience in game making. Jeroen Dessaux, the lead artist from my old company Triangle Factory was recruited to help us with the visuals, which definitely gave us an edge. With our combined experience in game production, we took the lead in this project and the two of us did most of the work on the actual game.

The game itself is a reinterpretation of the classic game Frogger. An IT consultant has to cross the busy freeway next to Ordina's head offices and make it to the entrance while avoiding traffic. When hit by a vehicle, the player flies off and ragdoll physics take over. 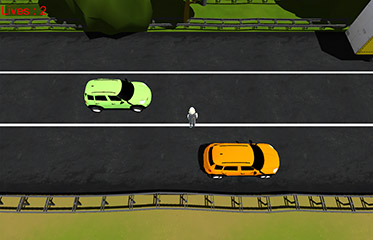 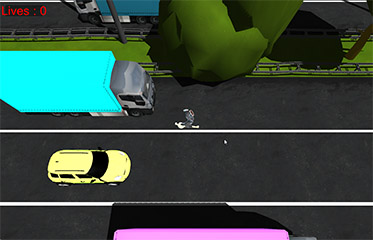 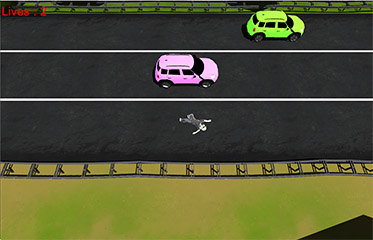 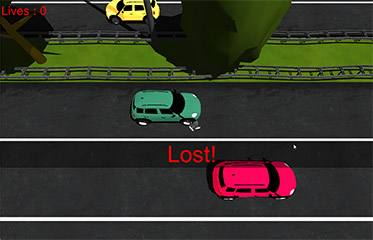 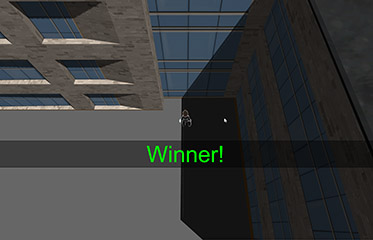 This was a very nice weekend project. First of all it was fun to work with one of the guys from Triangle Factory again as I hadn't worked with them in quite a while. But even moreso, it was a nice way to get to know some of my colleagues from Ordina a bit better. We ended up winning first place with this project, which also gave me some visibility inside the company. 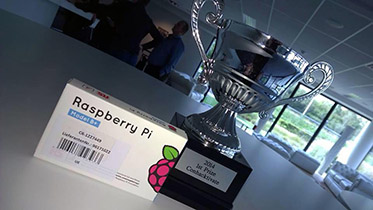