We made this application at Triangle Factory for Fluxys in collaboration with U&I Learning. Fluxys wanted a training program for their workers that teaches them how to handle different situations that may occur on their digsites.

This project consisted of two parts: first, the actual game that offered a number of training scenarios where the player has to carefully execute a dig without hitting any obstacles, and second, an additional app that could playback previously recorded playsessions. The scenarios, the idea for the game and the server backend were handled by U&I Learning; Triangle Factory was in charge of the development of the game and the playback tool. I wrote both applications in Unity3D with the help of Kenny Deriemaeker, who focused on the user interface.

Fluxys was very pleased with the result and wrote us this in a mail:

The program is awesome, it runs without a single problem, we haven't found any bugs yet and the stabililty is top notch (for someone who has been project manager in ICT for almost 10 years: very rare quality)!
Furthermore, and at least as important: the user experience is great, everyone here (and they're not gamers) is super enthusiastic, the positive comments are widespread and everyone agrees that this is an awesome training [tool]. 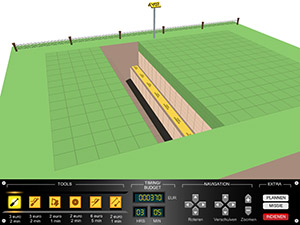 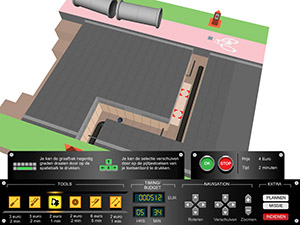 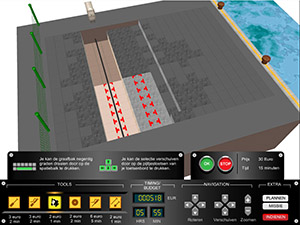 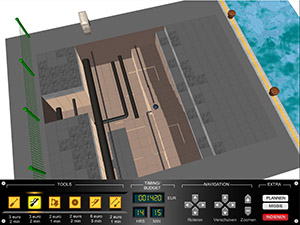 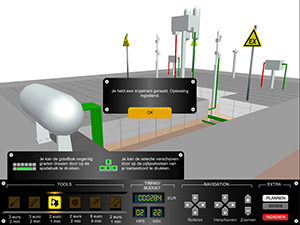 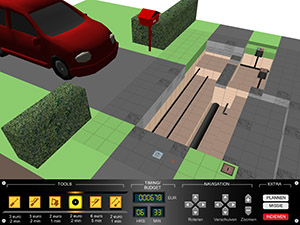